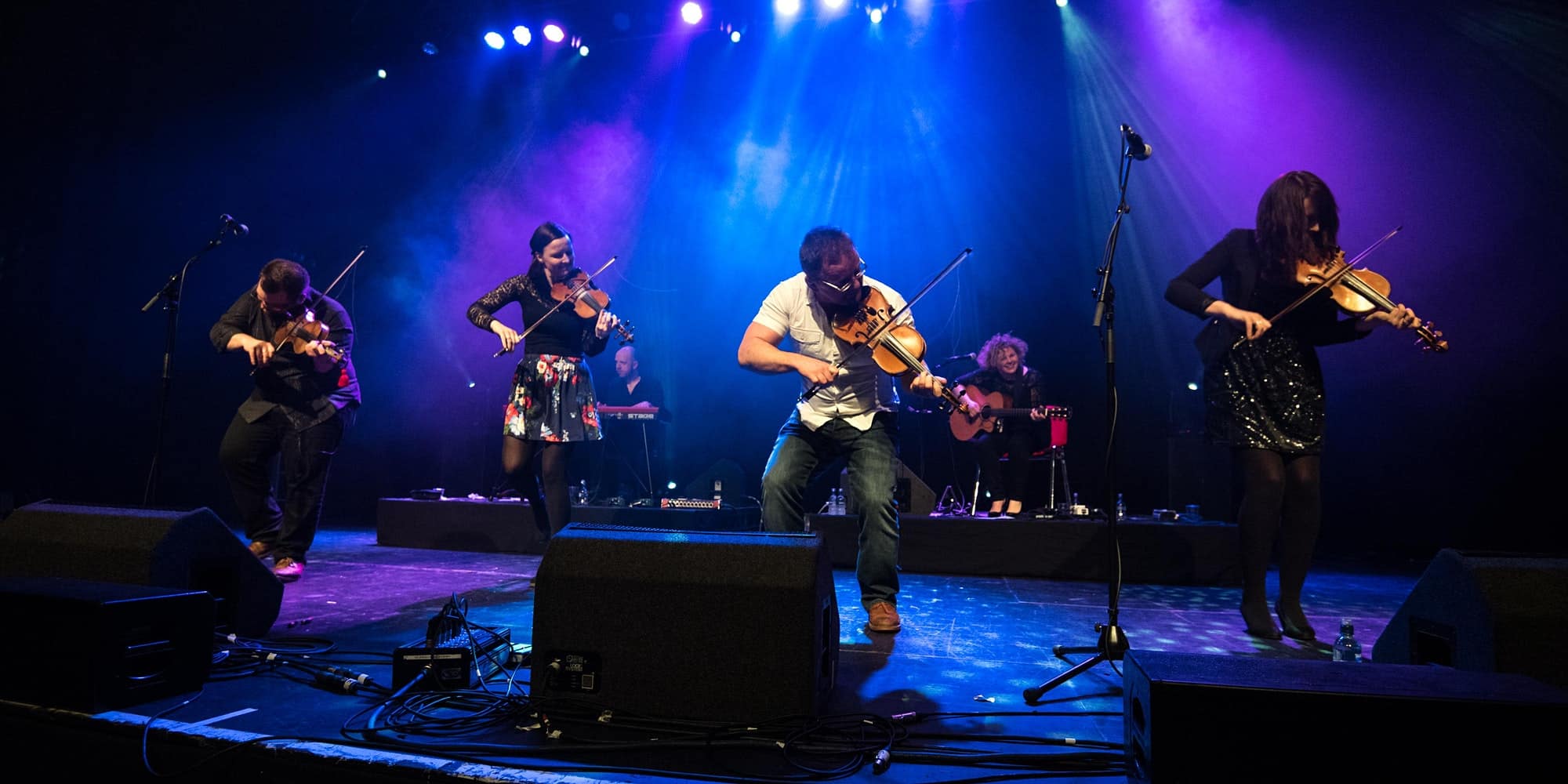 Get ready for an evening of infectious, enlivening, and euphoric fiddle music from ‘the Led Zeppelin of the folk world’ (The Scotsman).

Encompassing a rare and virtuosic selection of the fiddle’s diverse Highland and island voices, with ensemble and solo-led sets both backed by powerhouse guitar and piano, the Blazers pack all the power, passion and sensitivity of Scotland’s traditional music, into a single show. But whatever the hall – whether of the Highland village or Royal Albert variety – they’ll turn it into the liveliest and warmest of hootenannies, setting the hearts of their audience alight.

One of the world’s most prolific fiddle groups, Blazin’ Fiddles formed for a one-off tour of the Scottish Highlands in 1999 and are still raising roofs far and wide well over two decades later. Multiple winners of Scotland’s Folk Band of the Year, the four-fiddle frontline of Inverness’ Bruce MacGregor, Shetlander Jenna Reid, Nairn’s Rua Macmillan, and Orkney’s Kristan Harvey ignites atop second-to-none accompaniment from Anna Massie and Angus Lyon.

This gig is presented by Furness Tradition.