Into the Melting Pot: Stories and Music of 1492 Spain 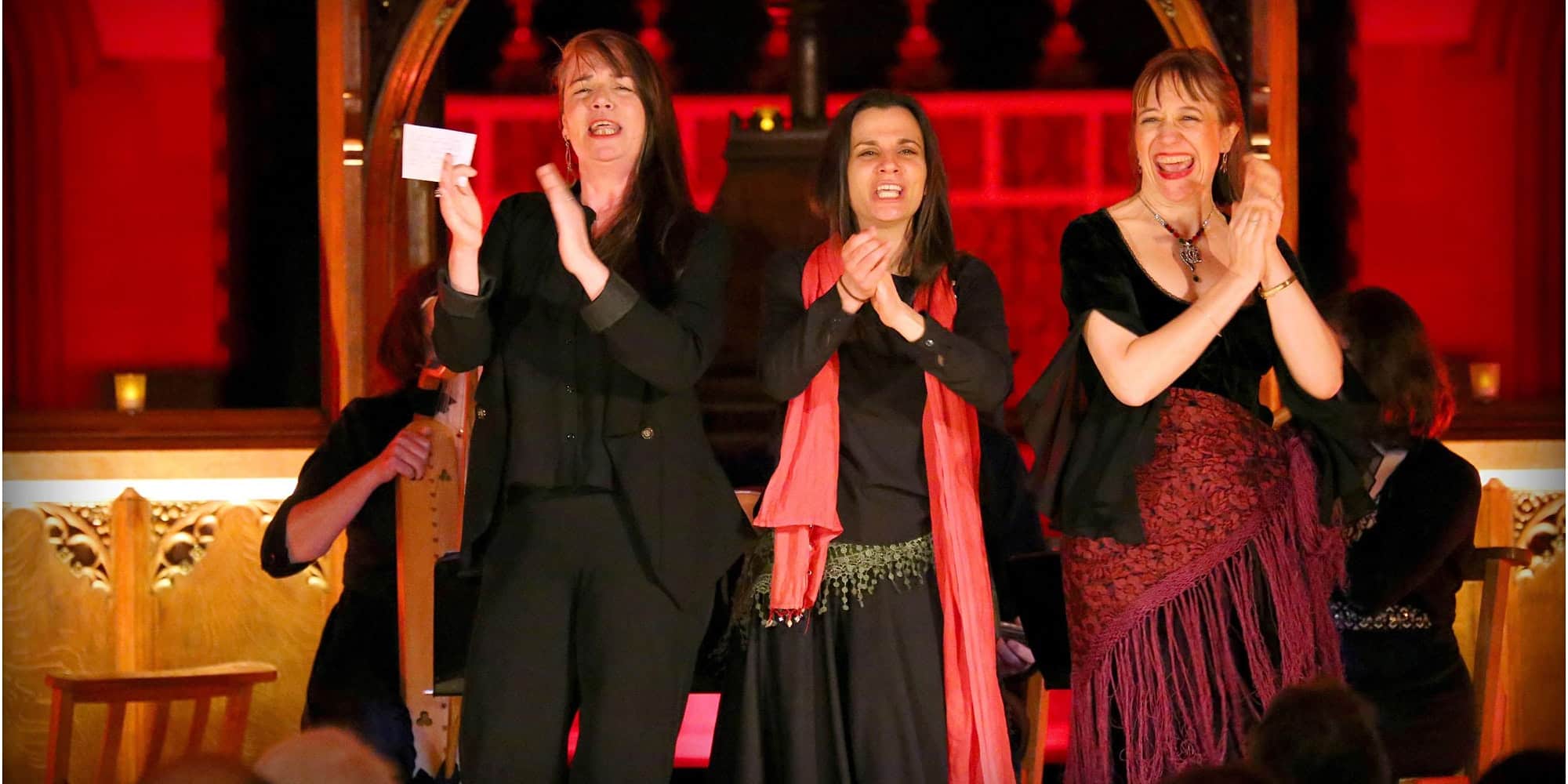 Stories of love, community and racial intolerance of Jewish, Christian and Muslim women in 1492 Spain with Sephardic and medieval music.

Spain 1492: a Jewish woman’s last night in Seville is haunted by stories of Jewish, Christian & Muslim women, plaintive Sephardic songs & lively Spanish medieval music in this collision of music and theatre from The Telling.

​At twilight on her final night in Seville, a Jewish woman, played by Suzanne Ahmet, lights the lamps. She is being forced to leave Spain and set sail for an uncertain future. Her story echoes down the ages and also to the personal stories of people affected by politics and war today. She tunes into voices of a community of Jewish, Christian and Muslim women from across the Spanish peninsula.

Down the centuries, women’s stories of integration, love, the rich cultural heritage of the Spanish peninsula and racial intolerance are played out to a soundtrack of plaintive Sephardic songs and lively medieval music performed by The Telling, with full staging and stunning lighting. Be transported back to 15th century Seville!

​The Telling’s performance of Into the Melting Pot is supported by a grant from Continuo Foundation, Scops Arts Trust, Sylvia Waddilove Foundation, Sir John Fisher Foundation and Garfield Weston Foundation.