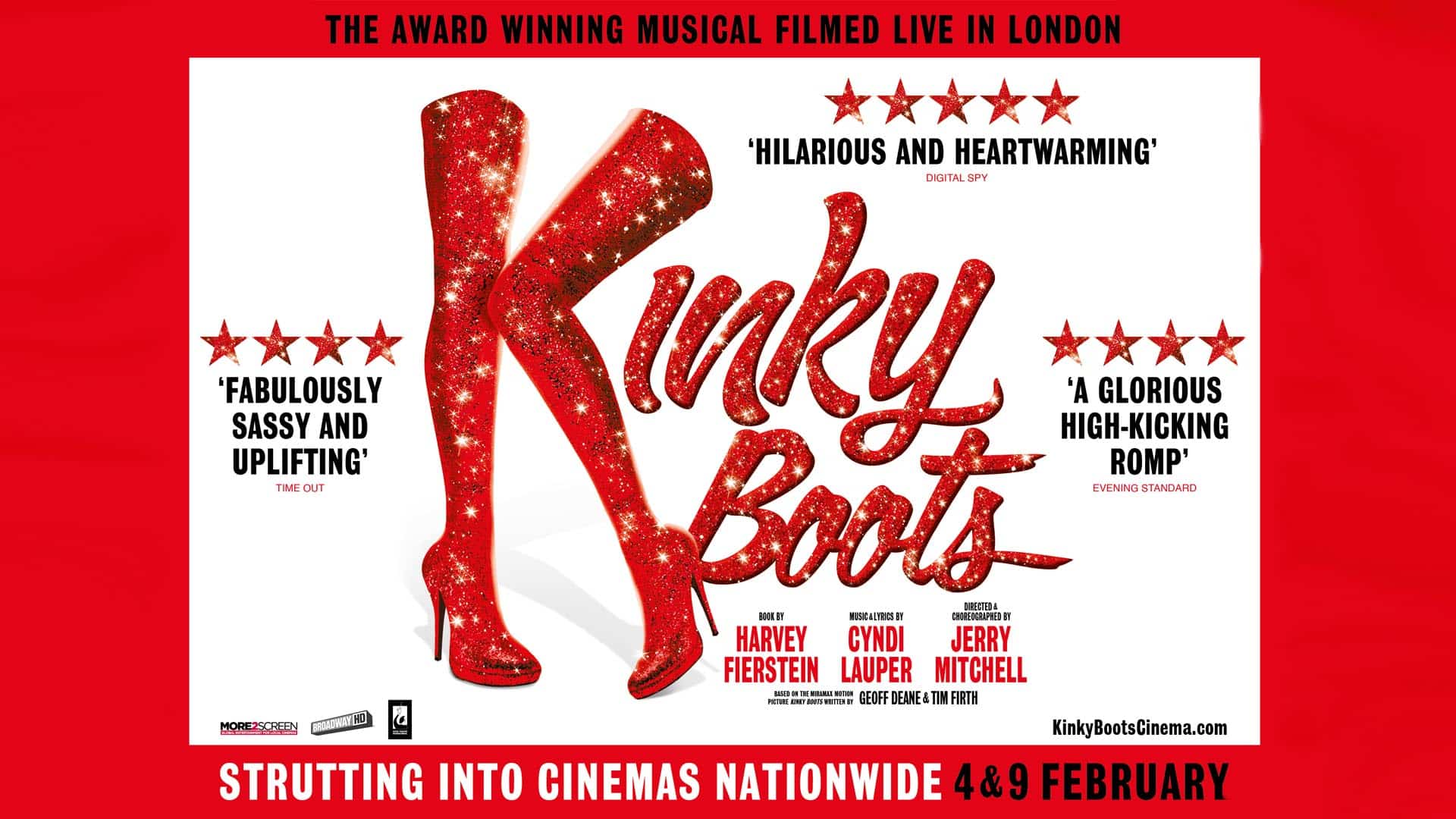 More2Screen has announced the cinema release of the critically acclaimed and multi-award-winning hit musical, Kinky Boots, which will be screened in more than 600 cinemas across the UK and Ireland on 4 and 9 February 2020.

With songs by Cyndi Lauper, book by Harvey Fierstein, based on the Miramax Motion Picture by Geoff Deane & Tim Firth, and direction and choreography by Jerry Mitchell, Kinky Boots The Musical stars the original West End leads, Matt Henry and Killian Donnelly, as Lola and Charlie, respectively, and was filmed live at the Adelphi Theatre.

Tickets £15/£12 on the door only. No advance booking for this event.