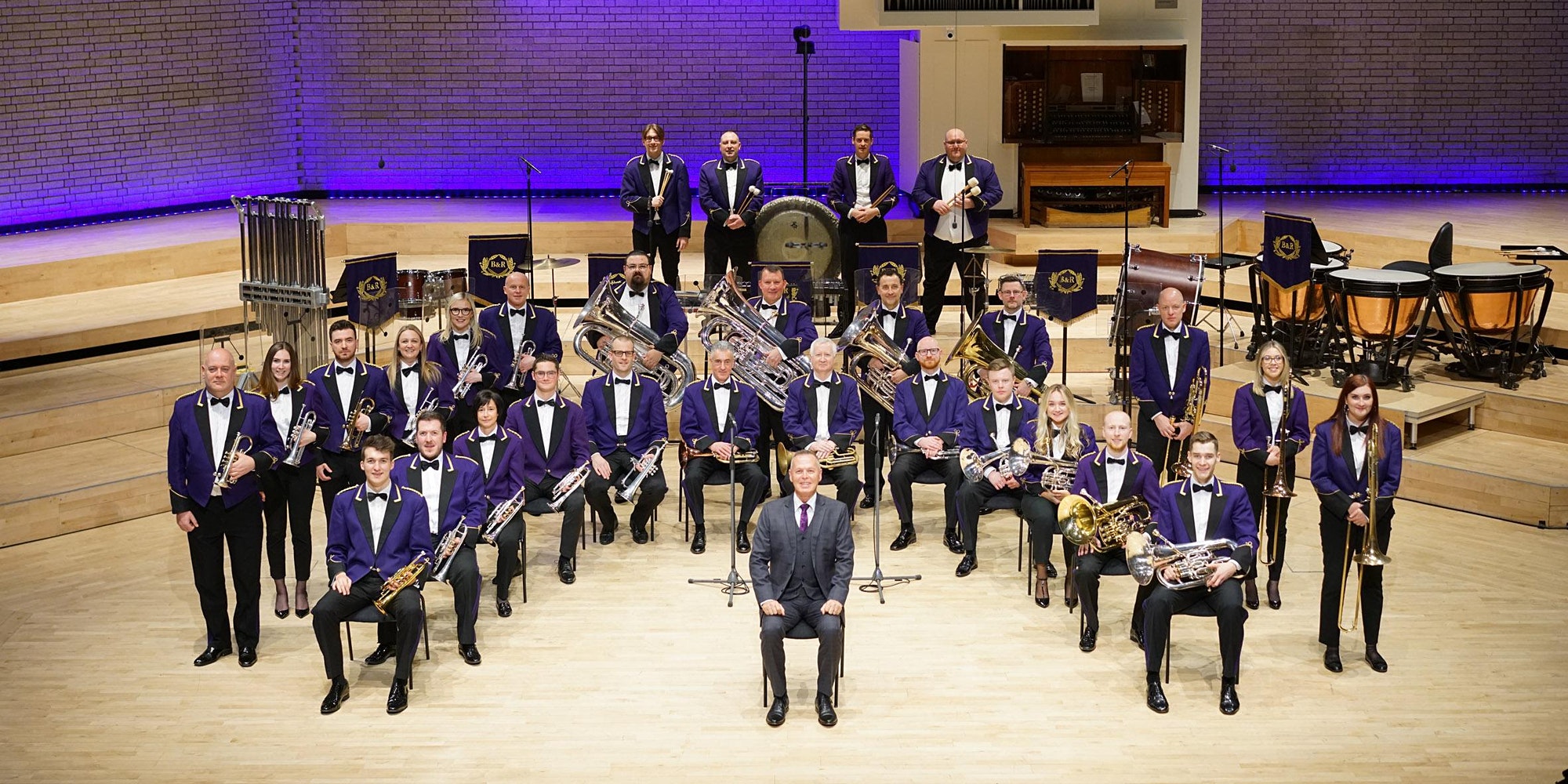 Brighouse and Rastrick Band (or B&R as they are affectionately known) represent a rich tradition of brass band culture in the north of England and have commanded the top echelons of competitive life since they won the British Open Championship in 1932-33-34, remaining in the top league of brass bands ever since. In addition to competition work, each year up to thirty concerts are performed at venues across the UK ranging from small village halls to the major concert halls of the land.

Over recent years the Band has been engaged in very successful music collaboration projects outside the brass band tradition. High profile appearances, on live-television at the BBC Folk Music Awards with The Unthanks folk group, and at the very popular huge summer outdoor Car-Fest events organised by media personality Chris Evans, are just some of the ways that the Band has been expanding its audience and popularity.

It is still true to say that no other public subscription band has held such high status for as long as The Brighouse and Rastrick Band.

UIMF disclaimer: Artists or programme can be subject to change, and where a headline performer with top billing cancels, we will endeavour to find a like-for-like replacement. Refunds will only be offered in the event of the concert itself being cancelled.